Blog
You are here: Home / Blog / Reading / What Do You Really Want? 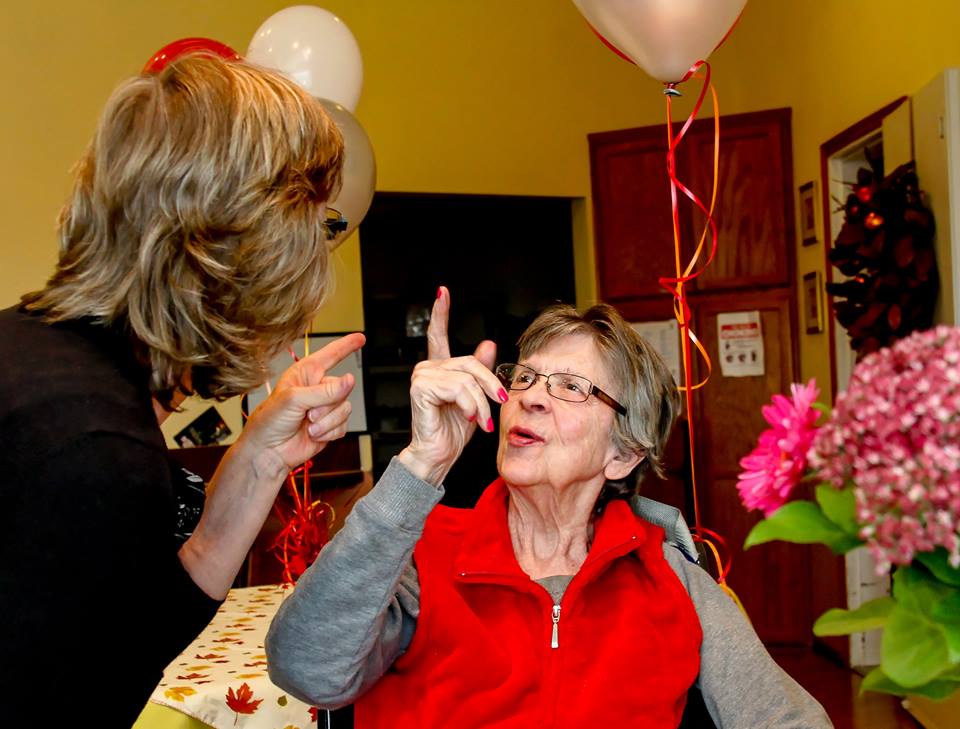 It’s not that this hasn’t been coming for a long time. Nonetheless, it’s a profound change.

In October 2008, my sister called me on a Sunday evening to tell me that our mother was having memory problems, and I needed to step-up. For the last ten years I’ve been on “team-Mom,” juggling a teaching career, mothering, and writing alongside my role as one of the major support people on my mother’s journey with Alzheimer’s.

In spring of 2009, I took time off work and spent a lot of time with my parents. We went grocery shopping and out to lunch every week, and we took Mom to see a neurologist.

Four years and three months ago, Mom had a major stroke, and while she had, up until then, maintained much of her independence, the stroke put her on the fast train into dementia. We moved her into a skilled nursing facility, thinking we would lose her soon. Four years…

Yesterday, Mom’s journey ended, or — as a wise friend put it — her brand new journey began.

During the last few weeks, I’ve been trying to carry on as though nothing was changed. After Mom took a turn for the worse (and was no longer speaking) in September, yet continued to hang on, I told myself that I’d better get on with my life. I was scheduled to teach two classes at my college, and on the first day of classes (completely unprepared) I pulled myself together and got started with that.

I also had an on-line course all set up and ready to go, and I launched the free opening of it from my blog. The on-line course is small — just a few prompts so far (possibly an actual course, depending on interest) — you can read about it here (if you haven’t already). But one of the reasons I wanted to blog today is to say that my heart is really not up for it right now. Laura Day, in The Circle, says that our desires, our hungers, are what make us human, and I agree. I continue to believe that it’s helpful to identify what we want to achieve — in our writing lives as in the rest of our lives. I think it’s better to see these things clearly and I think it’s better to bring them out into the open, than to keep them buried. I also think it’s good to winnow through our desires and decide which are the truly important, which are for “some day” but not now, and which are really the universe’s job, and not ours at all. I want to talk about that in later posts.

For some more pictures of my mother, you can revisit this post. I’m also sharing a poem (below) that I wrote about cleaning out the farmhouse when we moved Mom in 2012. It first appeared in Pilgrimage.

For the next couple of weeks, I’ll be taking care of Mom’s final business in this world, things like death certificates and bank accounts and social security. And I’ll be celebrating my mom’s life with the rest of her very large extended family. For the next couple of weeks (while teaching, while being a mom of three young-adult daughters who have just lost their only grand-parent…etc.) — so far as the blog goes, I think I’ll lie low. I’ll let go of some things.

You’ll hear more from me after that.