Blog
You are here: Home / Blog / Uncategorized / Ellen Bass, “The World Has Need of You” My introduction to poet Ellen Bass was courtesy of Garrison Keillor’s The Writer’s Almanac, Nov. 19, 2008, when he read “After Our Daughter’s Wedding.” It was a poem I loved so much I printed out copies of it and gave it to friends. I love how deceptively simple her poems are, how they feel almost like a woman sitting down beside you and telling you how her day went. And then, there’s always the surprising image that makes your own imagination leap.

Here’s a poem from her new collection, Like a Beggar (Copper Canyon, 2014). (Click on the title to go to the PBS Newshour review.)

THE WORLD HAS NEED OF YOU

everything here
seems to need us
Rainer Maria Rilke

I can hardly imagine it
as I walk to the lighthouse, feeling the ancient
prayer of my arms swinging
in counterpoint to my feet.
Here I am, suspended
between the sidewalk and twilight,
the sky dimming so fast it seems alive.
What if you felt the invisible
tug between you and everything?
A boy on a bicycle rides by,
his white shirt open, flaring
behind him like wings.
It’s a hard time to be human. We know too much
and too little. Does the breeze need us?
The cliffs? The gulls?
If you’ve managed to do one good thing,
the ocean doesn’t care.
But when Newton’s apple fell toward the earth,
the earth, ever so slightly, fell
toward the apple as well. 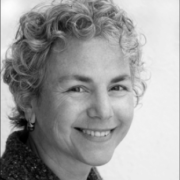