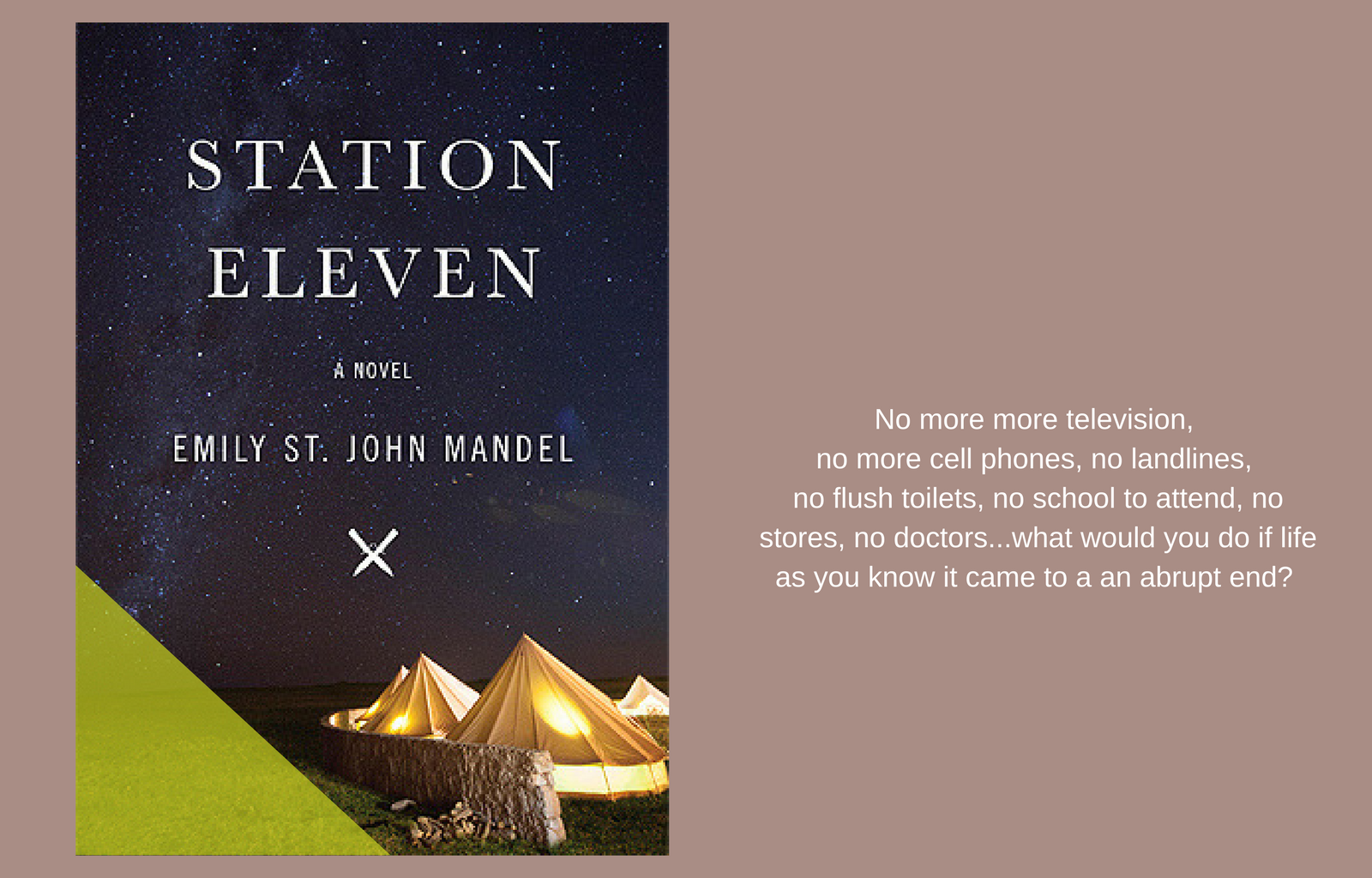 When Emily St. John Mandel’s novel, Station Eleven, first came out in hardback, I resisted it. I picked it up a few times, reading the opening (I loved the opening), but — oh, gee, it was another dystopian novel, and did I really want to read or watch one more story about the end of life as we know it? I mean, after The Road, I was kinda done.

So I mentally counted up the number of books on my TBR (to-be-read) list, already waiting at home, and I left Station Eleven on the bookstore shelf.

When it was released in paperback, I went through this process again. The prominent display of it on CD at my local library, however, caught me at a weak moment. I grabbed it.

I listened to it (at least, large parts of it, more than once) and then I bought a copy and read it again. I thought then that it was a debut novel, and it is such a rarity for a debut novel to hook me not only with the first 50 pages — “audacious, darkly glittering” pages — but to keep me hooked all the way through to the last page. No fifth act problems here (quite an accomplishment, considering that it begins with a staging of King Lear).

It turns out that Station Eleven is not Mandel’s first novel. But never mind. The structure is magical. It’s ambitious and startlingly collaged, hammered together like a shack out of civilization’s leftover scraps, and yet it completely and totally works.

We move from the story of Arthur Leander (it’s his enactment of King Lear that gets us rolling), then follow a man slipping outside the theater into a snow storm, and a flu epidemic; we pick up the story 20 years later with a child actress now grown; we move back to Arthur’s first marriage and the creation of an amazing graphic story that will survive civilization’s collapse. And so on. It’s all intricately woven together. Mandel moves so deftly between time periods, and from one character to another, that I simply had to tell you about it.

And to add to this vignette, my family spent the last few days in our own post-apocalyptic bubble that sort of brought some things home for me.

We thought having a tree fall in our back yard last week — and miss all the outbuildings (hitting only the fence) — was enormously lucky. But the storm brought other, less immediately visible problems. On Saturday, our main sewer line backed up. On Sunday, we lost power. So by Monday morning (the morning of my birthday, mind you), we had been living for 36 hours without toilets or washing machines or drains of any kind, and for 18 hours in the dark, without heat. Power was restored late Monday afternoon, but we learned that the sewer problem was not going to be simple. I couldn’t help thinking of the ordeals of the characters in Station Eleven (and so many other such novels and movies and TV shows), how I in fact have sort of romanticized their stories, wishing (at times) for simpler, pre-Internet (and pre-fully wired offspring) times.

Gradually, it dawned on me that this is the world the characters I’m writing about — both in Puritan America and circa World War I — inhabit. Oh! (Insights abound.) No flush toilets!

Of course, in my real life, I could still drive to Caffe Ladro and order my usual almond milk double latte. I could come to the library and check my gmail. I could get a very lucky cell-phone call from a friend offering us the use of her house while she is away. (Birthday dinner saved!)

And, a little money down the road, we will get access to our plumbing again.

Interesting, isn’t it, what we take for granted until we don’t have it. As Garrison Keillor says: “Nothing bad ever happens to writers; it’s all just material.”

Choosing your own life Life Hungers to Abound
Scroll to top