Tag Archive for: It’s About Time 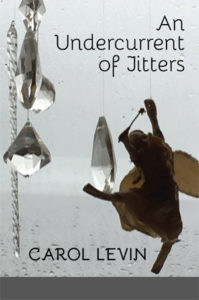 I’ve crossed paths with Carol Levin many times over the years, often at It’s About Time, a reading series that meets on the second Thursday of each month in Ballard, Washington. Levin is also an editor with Crab Creek Review, so I’ve encountered her at Seattle Arts & Lectures, as well. But her accomplishments throughout the Northwest arts scene goes on and on, and we have mutual friends. I thought I knew her rather well. Then she invited me to visit her and her husband, Geo, at home, and it was as if I’d dropped through a trap door into another level of an amazing and rich life.

That’s exactly the experience one has reading Levin’s fifth book of poems, An Undercurrent of Jitters. In her brief introduction she explains how she was “catapulted” by writing one poem — about not knowing “what my mother wore at her wedding…” — into writing a book of poems all about weddings and marriage.

With so many weddings postponed amid the Corona Virus ban on gatherings, these poems seem especially poignant. They also remind me of something I was told, before the onset of my own 35-year marriage:

“The wedding is just a big party–the marriage should be the real celebration.”

Save George. Save the way he says bow wow
as he greets his crush of dogs.
Save how he rolls on the floor, three dogs
clambering over him licking his beard.
How he laughs and how all four of them
make those snuggling noises.
Save George when he is excited
and lifts his heels bobbing
off the floor, sometimes
drops of spittle sparkle in the corner
of his lips while he tells stories
and can’t talk fast enough.
His cut hands calloused,
raw from working wood.
Save the way he looks at them and shrugs.
Save George who never looks at dirt,
the worst person to clean house.
You can save him regardless–
as you follow him around to find
what messes he misses–
but watch, he can’t pass
the coffee table without setting
each item in the spot
he insists it must be. Methodically
he moves the Deco birchwood box
an eighth of an inch, straightens
the album, exacting edge to edge.
Don’t forget
to save the way he walks room
to room brushing his teeth.
Even if you find the toothbrush
abandoned on the kitchen counter or top
of the dresser, save it.
He is a hugger.
That is the most important thing to save
when the house is burning down.
Save his hugs and how, when he hugs,
he says–that’s nice
I needed that. 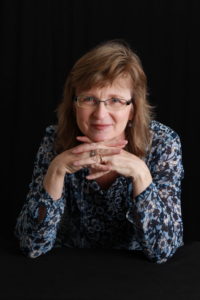 I have several upcoming gigs to tell you about.

The first is TONIGHT at Zippy’s — where I’ll be reading with a few other contributors to the Northwest poets anthology Footbridge Above the Falls: Poems by Forty-Eight Northwest Poets, edited by David D. Horowitz. Click on the Rose Alley Press website to see their other offerings in the coming months.

I’ll be one of several readers, including Peggy Sturdivant, and the anthology publisher.

I swing between procrastination and being really thorough so either way things aren’t getting done quickly.
-Freema Agyeman

I’ve been busy meeting a big deadline, and of course doing some serious procrastination (whenever possible) away from my desk, but here’s a quick reminder —

I will be one of a handful of readers on Thursday, Nov. 12, at It’s About Time, 6 p.m., Ballard Branch of the Seattle Public Library.

Click on the UPCOMING EVENTS tab to see more details.