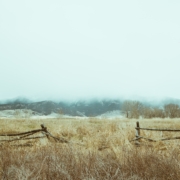 Just a quick note to let you know that the new issue of Constellations: A Journal of Poetry and Fiction arrived in 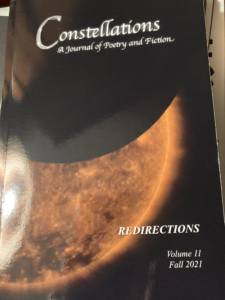 my mail today. A loooonnng time ago — in my writing group — I shared a poem called “The Rule of Three” about an encounter I had with a student/veteran (some of you may remember). It’s one example of how I always learned as much or more from my students than they ever did from me.

No, it’s not on-line, but I may be persuaded to share it with you. Constellations is now open for submissions.

Also — drum roll, please — my poem “Even in Winter, You Must Marry It,” will go live January 19 at Cordella.org. Look for it under “Field Notes,” or click on the poem’s title (above).

I first learned about Cordella when I was searching on-line for poems by the late Jeanne Lohmann. If you’re unfamiliar with her work, follow this link to read a sampling. It’s an honor to have my poem published at the same site. 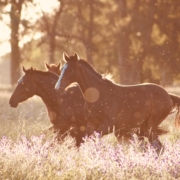 This morning, feeling busy and harassed (and distracted by the poetry reading at 4 p.m.), I thought I’d phone it in with a 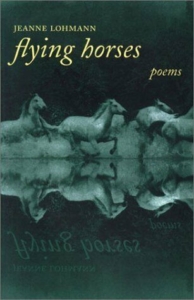 favorite poem by Jeanne Lohmann (1923-2016). Instead I found myself rereading all of her 2001 book, Flying Horses (Fithian Press).

She Who Travels Alone

No, not in Bristol or in Galway will I find him,
not Minneapolis or Sioux City. Though I am brave
and go as far as Antarctica, he does not
ride the ice floes or swim under frozen water.
He does not live with sheep in the Midlands
or walk the abandoned cloister. He
is not to be found on the benches in pubs
or the next seat at the theater. His shadow
does not hang on a thornbush or darken
the lost emerald lake in British Columbia.
The greenest of fields in Africa will not revive him,
or castanets in cantinas south of the border. He
does not rake stones in the Japanese garden,
sit silent and patient with open eyes in the zendo.
He does not lift luggage into the car or insist
on the open window. Though I am a tireless traveler
I cannot search out his face or bring him to bed.
The last kiss was goodbye, God be with you
most trusting and hopeful of prayers
for each restless departure,
each solitary coming home.

This is a book that I reread every so often. I love her praise poems and have several copied out in my commonplace book. But each time I read Flying Horses I’m caught by a different theme, or one poem I’ve overlooked leaps out at me. Today I’ve noticed how Lohmann plays with language, and draws other poets and writers into her poems–Dickinson and Whitman, John Donne, and D. H. Lawrence, Shakespeare, Edna St. Vincent Millay.

Sea Song Out of Beowulf

Dree me to nim the swan-road, breast-hoard, suffer me
to hole the sea’s storehouse, thole and take hold
of the bone-house, body-box, dree the skeleton store,
all the way suffer and endure the body walking light on the sea,
the body walking and the swan-road a-sheen, the body’s trunk
walking on the sea shining. Thole the breast-hoard,
nim the bone-house, seize the body-box, suffer
the store of thoughts and feelings home to the sea,
dree the skeleton all the way to the sea, the swan-road a-sheen
in the morning, the sea shining and singing in the morning.

I have been struggling with creating a new manuscript of poems, daunted at the task of choosing a smaller number of poems out of the cacaphonous 120 or so in my notebook and calling it “whole.” But Flying Horses takes numerous motifs—horses, the death of her parents and friends and especially of her husband, births of children, travels, all she is reading—and weaves them into a tapestry. (One poem, “Across the Warp,” seems to speak deliberately to this: “This rough underside, this is where we work / against the threads’ resistance, the tangled / colors.”)

Lohmann is often identified as a Quaker poet, and in many of these poems the spirit is present, shimmering. In a late poem, “Wasp in the House,” she writes about the trick of catching the wasp in a drinking-glass. She concludes: “As when tired of words / and the world, I am able to befriend / some small humming complexity / and let it go.”

I went searching this morning for a list of books by the Quaker poet Jeanne Lohmann to recommend to a friend, and learned

that she recently died. I don’t know whether to be sad or to rejoice that the world got to share this woman’s light for such a long time.

Some years ago a poem of mine, “Such Good Work,” was a co-winner of the Jeanne Lohmann prize, and as a consequence I was invited to read my work for Olympia Poetry Network. I met Jeanne, who was then 80+, and I bought several of her books. OPN has invited me back twice as their feature — and both times it was a head-first plunge into the poetry mosh pit — such a wild and great group of people to read for and with. They very obviously revered Lohmann. And for good reason.

Here’s a poem reprinted in the Oly-Arts obituary; it is also reprinted on Cordella.org, where Lohmann’s voice reads aloud two other poems:

Day ends, and before sleep
when the sky dies down, consider
your altered state: has this day
changed you? Are the corners
sharper or rounded off? Did you
live with death? Make decisions
that quieted? Find one clear word
that fit? At the sun’s midpoint
did you notice a pitch of absence,
bewilderment that invites
the possible? What did you learn
from things you dropped and picked up
and dropped again? Did you set a straw
parallel to the river, let the flow
carry you downstream?