Blog
You are here: Home / Blog / Healing / The Windhover 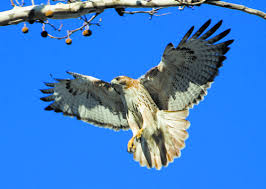 This is my Christmas gift to you.

After a friend emailed a circle of friends with news of Avian flu and its effects on raptors in Whatcom county (and on a particular, beloved keeper of raptors), we shared amongst us a number of falcon references, and I offered Gerard Manley Hopkins’ poem, “The Windhover.”

It’s such a gorgeous poem. I memorized it years ago, and it’s one of the poems I often recite to myself when I’m troubled. Its meaning is not self-evident, and I’ve had students admit that they found it baffling; but the sound of it alone is worth the trip. Aloud, Hopkins seems to be writing in an extremely musical foreign language. (Just saying aloud “chevalier,” “lovelier” or “rung upon the rein of a wimpling wing” will demonstrate this, as will noticing the odd line breaks and juxtapositions.) But here’s the poem itself:

To Christ our Lord

I caught this morning morning’s minion, king-
dom of daylight’s dauphin, dapple-dawn-drawn Falcon, in his riding
Of the rolling level underneath him steady air, and striding
High there, how he rung upon the rein of a wimpling wing
In his ecstasy! then off, off forth on swing,
As a skate’s heel sweeps smooth on a bow-bend: the hurl and gliding
Rebuffed the big wind. My heart in hiding

Stirred for a bird, – the achieve of, the mastery of the thing!

Brute beauty and valour and act, oh, air, pride, plume, here
Buckle! AND the fire that breaks from thee then, a billion
Times told lovelier, more dangerous, O my chevalier!

*
[Source: Gerard Manley Hopkins: Poems and Prose (Penguin Classics, 1985)]
*
I borrowed the text from Poetry Out Loud (where you can listen to Hopkins’ poem “Pied Beauty”), a site on which it is asserted that if you wish to memorize a poem, it helps to understand it. I’m not sure you have to understand this poem to enjoy it, but here is my brief explication — not to explain away the beauty of the poem, but to offer a little guidance through perhaps unfamiliar territory.

Hopkins was a Jesuit priest who lived in England from 1844-1880. In the first stanza I like to imagine him on a walk in the early morning, catching sight of one of those big, soaring birds (I think of our region’s red-tailed hawks and ospreys), which he calls “morning’s minion,” minion as in messenger (bearing news of something, perhaps, for Hopkins, of Christ), and feeling that he was witnessing the prince of the dawn — “daylight’s dauphin” — as he admires the bird’s dappled underside (imagining the movement of a skate in the ocean — think of the big flat fishy skate, not an ice skate), then, as one does when overcome by unexpected beauty, feeling his own heart soar. The “heart in hiding” always suggests to me depression and a protected, hidden heart, now coaxed out of hiding.

The second stanza is all sound magic. (Read it out loud to yourself!) The heart isn’t just coaxed out of hiding, but rippling like the hawk’s wings against the sky, and “buckle” always makes me think of a sheet of tin shaken and reflecting sunlight. The “chevalier” as a knight in armor reinforces that notion.

The final stanza brings up an image even stranger to our own era: “plowdown sillion.” This was explained to me as the earth turned up by a plow and — it so happens (having been raised on a farm) I know this phenomenon. I didn’t walk behind a plow, too young for that, but I rode on tractors with my Dad and looked back to see the furrows opening and gleaming. The plow of course is another shiny metal image (like the tin I imagine above) but the earth itself shines when it’s first turned up, with moisture and maybe mica in the soil. Sillion is an archaic word referring to the slice of furrow itself, but it makes me think of silicon, another silvery, shiny word. Plodding behind the horse and plow (“sheer plod”) would reveal this unexpected beauty, just as (with the next image) staying until the fire is dying down reveals the beauty of its end.

And those endings (“blue-bleak embers, ah my dear, fall, / Fall, gall themselves and gash gold vermilion”) makes this

a poem about endings, about how staying with something — or someone — is worth the trouble, and even death has a beauty for those brave enough to face it.

Finally, to augment my own reading, here’s a link (http://www.poetryfoundation.org/learning/guide/182786) to a Poetry Foundation essay by Ange Mlinko about her experience with the poem, “a love poem to life.”

May you have a restful, shop-free day, a day that includes a walk, people you love, and some unexpected beauty.

The Kestrel
Scroll to top