Blog
You are here: Home / Blog / Reading / What will you be thankful for? 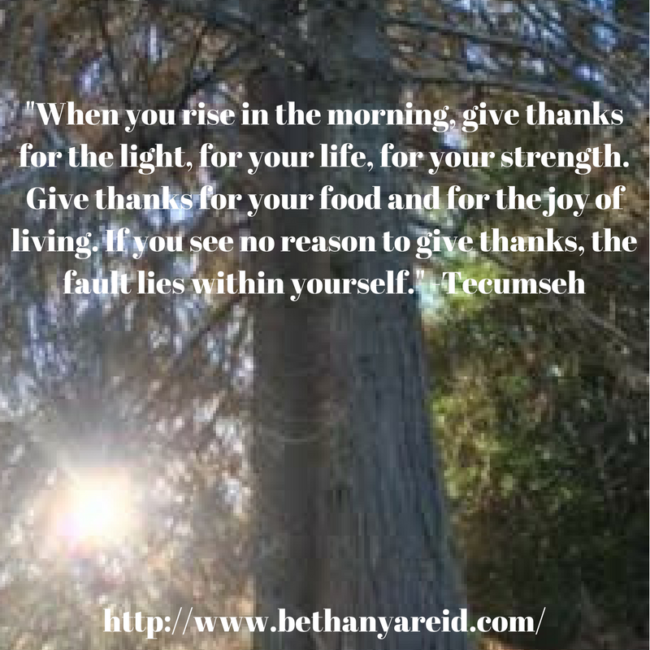 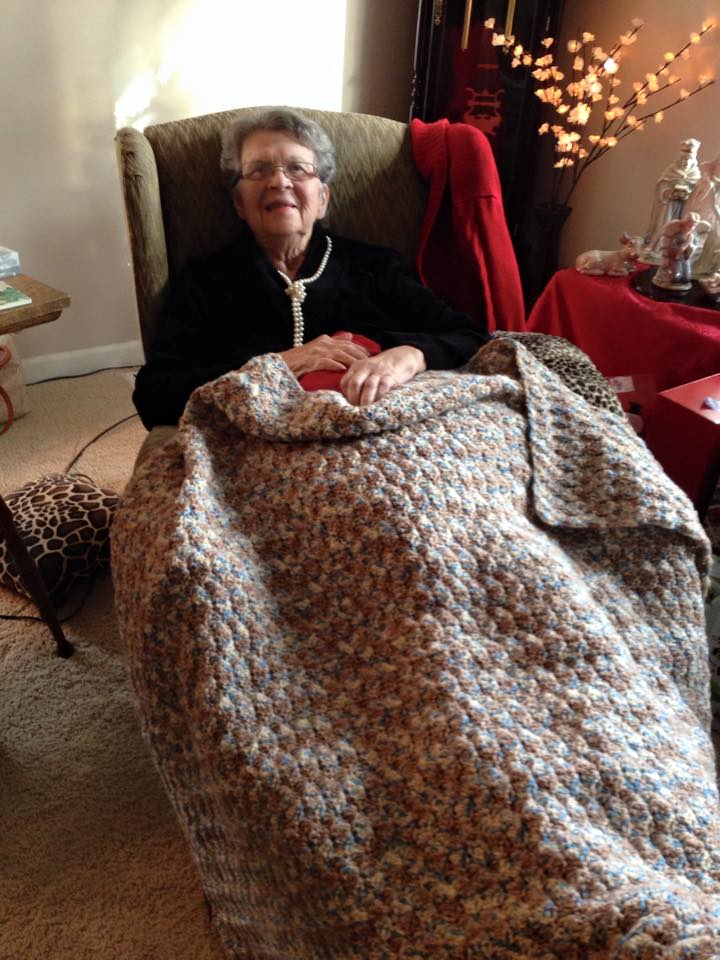 These last few years, Thanksgiving has been hard for me, and Christmas, too. In the first 30 or so years of my adult life, those holidays meant traveling to the farm, where my parents lived, out the coast highway from Chehalis, Washington. As I’ve said here before, Mom was born in that house, and I grew up there.

Mom cooked everything. My sister who lived nearby probably was always helping. But all I had to do was show up, and help with the dishes. Even when we had infant and then toddler and preschool twins, my husband and I made this trek. The house would be full when we arrived, smelling of turkey and pies and all things good. We had the longest drive to get there, and we often held up dinner. Maybe that was why everyone lit up with smiles and laughter and hugs to see us.

After Dad died in 2010, we kept up the pretense for a while, but it turned out that my sister and her husband were by then doing most of the cooking. We moved Mom into an apartment in town and my nephew and his family moved into the farmhouse, and had their own firmly entrenched holiday rituals, with my niece’s family. Our traditions fell apart. Mom’s last Christmas of relative good health, I brought her to my house, and she was restless the entire visit and wanted to go home. The following summer she went into nursing care.

I’m also grateful for Annie Proulx’s acceptance speech for the National Book Award’s medal for Distinguished Contribution to American Letters. You’ve probably seen it, as it’s had a lot of Social Media shares. It really does say it all. That Proulx included a poem by Wisława Szymborska, “Consolation,” is an added bonus. Although this award is for lifetime achievement, I didn’t start writing until I was 58, so if you’ve been thinking about it and putting it off, well…

I thank the National Book Award Foundation, the committees, and the judges for this medal. I was surprised when I learned of it and I’m grateful and honored to receive it and to be here tonight, and I thank my editor Nan Graham, for it is her medal too.

We don’t live in the best of all possible worlds. This is a Kafkaesque time. The television sparkles with images of despicable political louts and sexual harassment reports. We cannot look away from the pictures of furious elements, hurricanes and fires, from the repetitive crowd murders by gunmen burning with rage. We are made more anxious by flickering threats of nuclear war. We observe social media’s manipulation of a credulous population, a population dividing into bitter tribal cultures. We are living through a massive shift from representative democracy to something called viral direct democracy, now cascading over us in a garbage-laden tsunami of raw data. Everything is situational, seesawing between gut-response “likes” or vicious confrontations. For some this is a heady time of brilliant technological innovation that is bringing us into an exciting new world. For others it is the opening of a savagely difficult book without a happy ending.

To me the most distressing circumstance of the new order is the accelerating destruction of the natural world and the dreadful belief that only the human species has the inalienable right to life and God-given permission to take anything it wants from nature, whether mountaintops, wetlands or oil. The ferocious business of stripping the earth of its flora and fauna, of drowning the land in pesticides again may have brought us to a place where no technology can save us. I personally have found an amelioration in becoming involved in citizen science projects. This is something everyone can do. Every state has marvelous projects of all kinds, from working with fish, with plants, with landscapes, with shore erosions, with water situations.

Yet somehow the old discredited values and longings persist. We still have tender feelings for such outmoded notions as truth, respect for others, personal honor, justice, equitable sharing. We still hope for a happy ending. We still believe that we can save ourselves and our damaged earth—an indescribably difficult task as we discover that the web of life is far more mysteriously complex than we thought and subtly entangled with factors that we cannot even recognize. But we keep on trying, because there’s nothing else to do.

The happy ending still beckons, and it is in hope of grasping it that we go on. The poet Wisława Szymborska caught the writer’s dilemma of choosing between hard realities and the longing for the happy ending. She called it “consolation.”

Darwin.
They say he read novels to relax,
but only certain kinds:
nothing that ended unhappily.
If he happened on something like that,
enraged, he flung the book into the fire.

True or not,
I’m ready to believe it.

Scanning in his mind so many times and places,
he’s had enough with dying species,
the triumphs of the strong over the weak,
the endless struggle to survive,
all doomed sooner or later.
He’d earned the right to happy endings,
at least in fiction,
with its micro-scales. 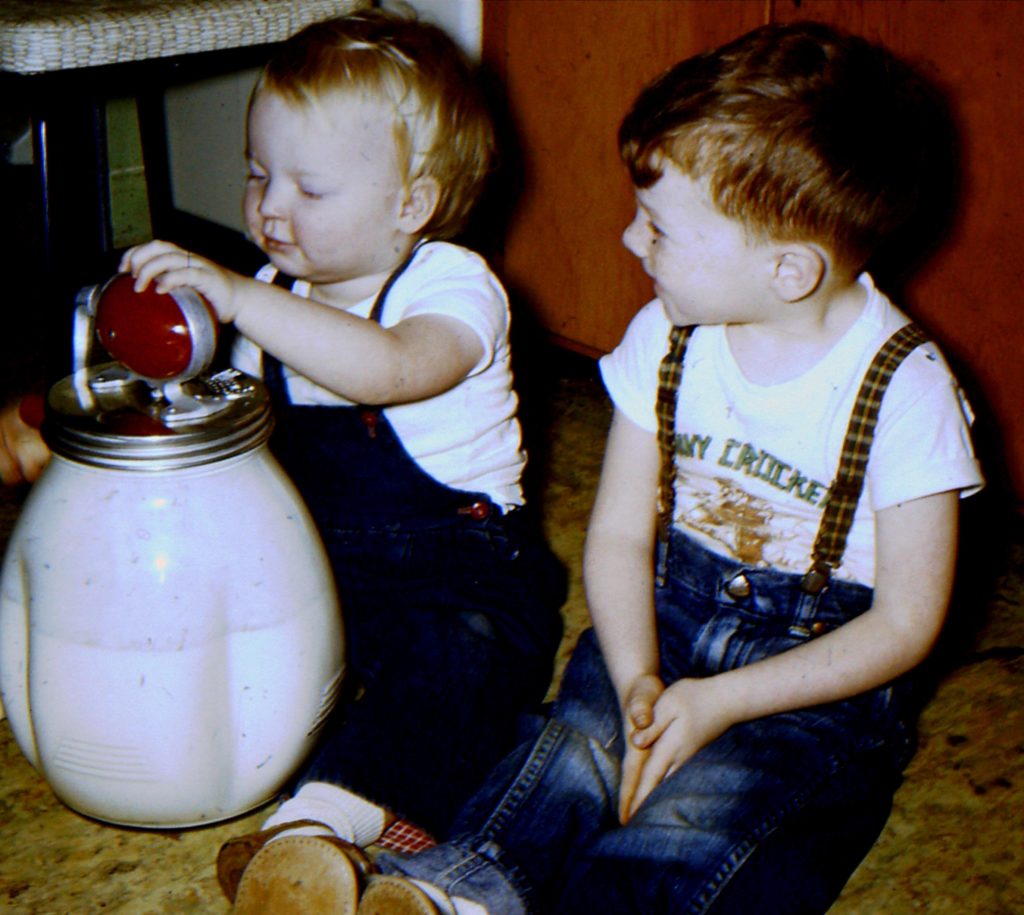 Happy Thanksgiving to you from me. I hope you write.

What to Do When the Power Goes Off