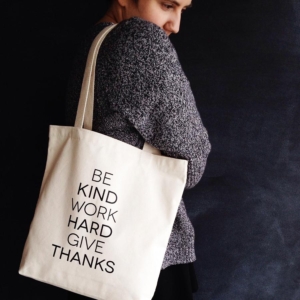 Processed with VSCOcam with s2 preset

I saw this bag at the Pacific Northwest Writers Association (PNWA) conference… which I managed to attend sporadically last week despite also driving back and forth to Olympia to see my mother four times (five times!). PNWA where, incidentally, I came in second (!) in two of the fiction categories (short story and mainstream), and met several agents and editors who invited me to show them some pages.

Up and down. That was my week. Mom was better, then she was worse. Then, a little progress in physical therapy gave us hope. Seeing her grandkids from out of state gave us hope. Learning to accept a new reality gave me more hope than I expected.

Last week I felt really really brave. When my literary  agent suggested I find “fresh eyes,” I gave her up without the slightest angst (very unlike me).  The bag, by the way, belongs to an editor at Sourcebooks, who would like to see the novel. I met lots and lots of very cool writers who, like me, are throwing their hearts into the ring…

I also met some really wonderful nurses and CNAs who definitely know how to be be kind, work hard, and give thanks.

At this point, on all fronts, I am simply waiting to see what happens next.  And I’m taking notes.

Classes are over. I have survived a year of teaching full-time. Other people seem able to do this. They teach extra classes! I don’t know how they do it, but it’s hard for me. (How do those other people have time for their students, let alone for themselves?!)

I realized after Christmas break, that I was not ever going to get my novel rewritten if I didn’t work on it. The time was not magically going to appear (it hadn’t over the holiday break, and that was my best chance). I worried that all the fabulous work I had done on my October retreat was going to be lost to me. My fantasy that I would suddenly get two or three days — or another week! — to write, that I would write 24 hours a day (two days, that’s 48 hours!), I realized, again (yes, I’ve had this fantasy before), was just a fantasy. The only way to get the novel rewritten was to work on it every day.

I know how to deal with time limitations and with procrastination. I got out the old tools. Foil stars. A 12-week calendar (one quarter worth of blank squares). If I worked on the novel in the morning, before I went to work, for at least 15 minutes I earned a foil star. At Writing Lab on Tuesdays I started working on the novel instead of poems. This felt like a sacrifice, at least at first. But then the pages began to accumulate, and that felt good. It felt wonderful.

Lists are another of my tools. During the break before spring quarter, I wrote a long list of what I needed in order to finish. The most important: to have a clean copy of the entire manuscript, or at least the 2/3 of the manuscript that was all marked up. I don’t know why I would resist typing, but I decided that I could only earn my star by working on the manuscript, on my laptop, for fifteen minutes — before journaling or anything else. For Mother’s Day, a friend of my daughters gave me a Barnes & Noble gift card and I used it to buy a 15-minute hourglass (if it’s 15 minutes, is it still an “hour glass”?) It gives me a wierd pleasure to turn it over again and go for 30 minutes (this morning — one hour!).

I am happy to announce that the process has worked. And it’s been working all along. In February, for instance, and against all odds, I managed to submit 30 pages to the PNWA historical fiction contest, and my manuscript is now a finalist. But even without that nod from the universe, it’s gratifying to look back at my journal and find April 30, Stuck on chapter five. Don’t know what to do next. Cleaning it up, after all, wasn’t a simple process. It meant dealing with all those cryptic notes, things like “This isn’t working.” “You need action here.” “What is Pearl thinking?” Cleaning it up, meant writing. But here I am, on chapter seventeen, which is the beginning of the end.

I know that I say this all the time, and you probably get tired of hearing it. But if your dream is to write, I am here to tell you that you can. Don’t make excuses. And you don’t have to believe me. Go buy a copy of Sark’s Juicy Pens, Thirsty Paper. Whenever you hear yourself saying the word “can’t,” imagine it as a big, flashing neon arrow pointing you in the direction you have to go.