Blog
You are here: Home / Blog / Family Stories / What Are Your Blocks? 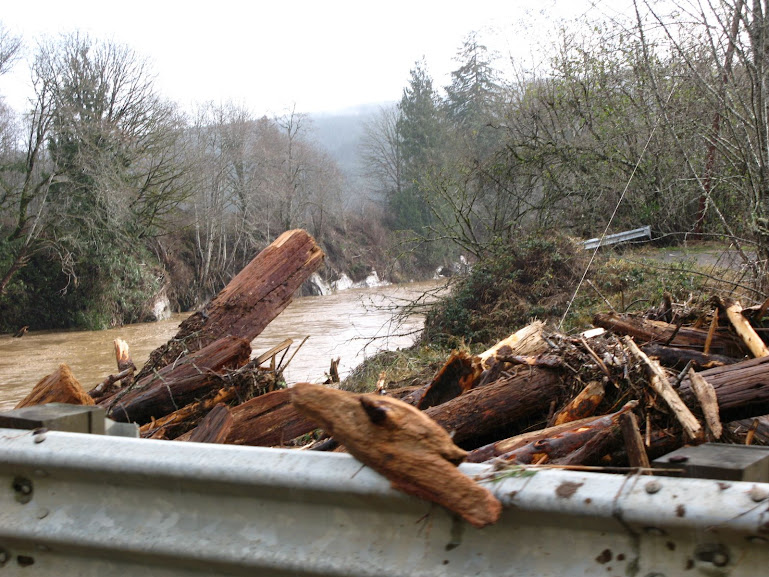 “Most of the time when we are blocked in an area of our life, it is because we feel safer that way.” (Julia Cameron, The Artist’s Way, 30)

While composing this post, which was going to be, mostly, a quotation accompanied by a photograph of a logjam, I went on-line to find a good picture, and then I remembered the Lewis County flood of 2007 (7 years ago this week).

It was an epic time for my family. High water combined with timber and debris took out six or seven local bridges, and closed the bridge on Elk Creek road, the road where my parents and other family lived. Although my immediate family did not lose any property, houses of some of my cousins were flooded. The clean-up took months.

My youngest sister was, at that time, the Postmaster in Doty, Washington, and the bridge on Elk Creek road stood between her and home, completely buried in log debris. The back way, through Dryad, had its bridge swept away entirely. She was offered food and shelter, but it had been a harrowing day, and she wanted to be with her family.

Floods are a force of nature, but so is my red-headed sister.

A vehicle couldn’t cross over that bridge, but one could, if determined, climb across. A neighbor in the same predicament said that she’d go, too. Of course by the time the Post Office closed, it was dark, but my sister found a pair of old pants in the Goodwill box at the Doty Pentecostal Church, and, wearing her Clarks, she set out. (I don’t know what kind of shoes the neighbor was wearing.)

The logjam became their road home.

There’s a literary device, aporia, that teaches us this as well. It’s from the Greek (difficulty, perplexity, from aporos, impassable), but one way to think of it is as a signpost pointing the way.

As my friend Thom Lee says of bandaids: they show where the healing needs to occur. 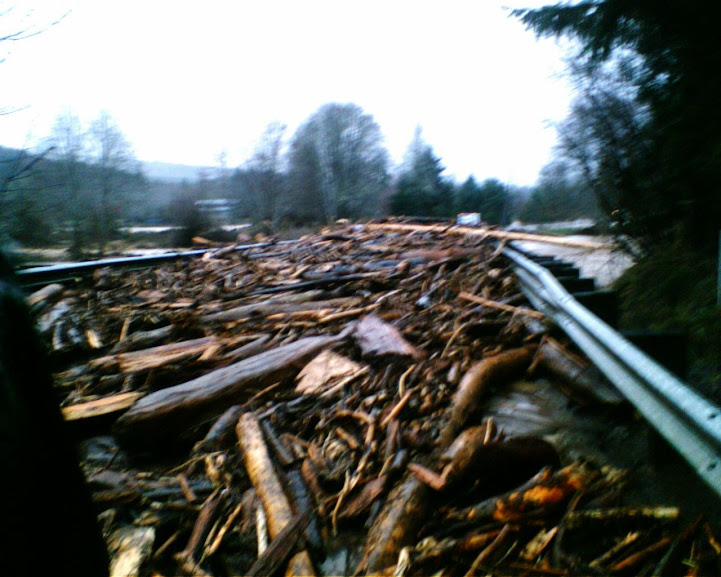 Identifying your blocks is only the first step. Instead of thinking “impassable,” see your block as the very place where you must focus your attention.