Blog
You are here: Home / Blog / Uncategorized / What Should You Write About?

I was thinking about how my own little domestic dramas are really not very interesting, compared to massive forest fires and fleeing refugees and headlines in Mumbai or, for that matter, Kentucky.

This led to a kind of depressive, downward spiral (another one), hearing my wonderful father’s voice in my head saying, “Women talk about the dumbest things.” And my spiral had everything to do with having just finished reading an amazing novel, Billy Lynn’s Long Half-Time Walk, by Ben Fountain, which has been called “The Catch-22 for the Iraq War.”

So I was thinking that I need a soldier to write about, or at least a forest fire poem, in fact I was listening to NPR and thinking exactly this, when Garrison Keillor’s The Writer’s Almanac interrupted the news.

When I was in graduate school, I fell into a swoon over Sarah Orne Jewett (1849-1909), author of The Country of the Pointed Firs, and A Country Doctor. Her short story, “A White Heron,” has continued to be a great favorite of mine. My advisers at the time felt her work was too slight for study, and I ended up turning toward Nathaniel Hawthorne. Not that I regretted that choice, but, hearing that today is the anniversary of Jewett’s birth, I thought that I’d share her with you.

Fountain’s novel, with its nineteen-year-old American soldier as protagonist, and a Cowboys football game as backdrop, serves up a sharp contrast to Jewett, who understood why her work was criticized:

I found this quote, and the following commentary at womenwriters.net:

“This sort of criticism of Jewett’s work, that it is not plot driven and therefore less than worthy, is one that many of the domestic women writers faced. Somehow because their stories were more about interior actions, or about the relationships and lives of women, rather than about wars and conquests, their work has been viewed as inferior. This is troublesome because in saying these things are inferior we say that the lives of women (our grandmothers, our old aunts, even ourselves today) are inferior. Anyone who has nursed a sick relative or waited for a “seagoing” lover to come home knows that these apparently docile pursuits are anything but dull, and anything but lifeless.”

What should we write about? I don’t think you get to choose. It seems to me, in fact, that your material chooses you. Whether you’re a Ben Fountain or a Sarah Orne Jewett, you have to write about your stuff, or, as Jewett put it, “You must find your own quiet center of life, and write from that.”

The poem at The Writer’s Almanac on this same day (Sept. 3, 2015), “Swimming to New Zealand” by Douglas Goetsch, is also worth a listen to. 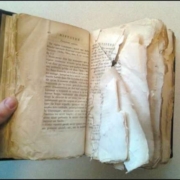 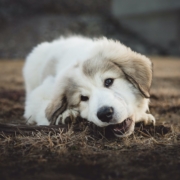 Be Kind, Work Hard, Give Thanks 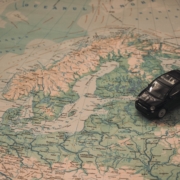 Writing on the Run

The Percheron in the Tunnel
5 replies

If your dreams don’t scare you, they’re not big enough.
Scroll to top