Blog
You are here: Home / Blog / Uncategorized / Your Inner Anthropologist 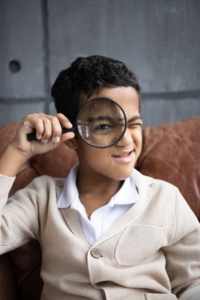 Imagine that an anthropologist is studying your life.

Based on the evidence, what will he or she infer is most important to you?

1. Subject is devoted to Spider Solitaire. (That would be me.)

2. Whenever the cellphone beeps or pings or kaboodles, subject picks it up as if it were  a fussy baby and soothes it.

Not that any of this is necessarily bad (and maybe “creates beautiful family dinners,” or “knits sweaters” is what your anthropologist discovers), if these activities are what you wish to spend your life on. As Annie Dillard says, “How we spend our days is how we spend our lives.”

But here’s the real question for anyone reading this blogpost: Would your anthropologist infer that you are a writer, based on the evidence?

This idea doesn’t apply only to writing. A few years ago when I read Jeff Olson’s The Slight Edge, I realized that despite my flaky youngest daughter’s difficult behavior, if she was actually a priority for me (and she is), then I needed to find a way to have at least one positive interaction with her every day. Once I made that a priority, we began to make a little progress.

I asked a boyfriend of one of my older daughters what was most important to him. He got all glowy (it was kind of inspiring!) and went riffing off.

He made his ideal life sound like it could be profiled in Outdoor magazine.

However, anytime I see this young man, he’s staring at his cellphone (one arm wrapped around my daughter) while watching television. Or (no arm around my daughter) he’s playing a video game. As far as I can tell, he spends most of his income on games and tee-shirts.

Bless him for highlighting a lesson for me. And of course it isn’t just him — we all spend inordinate amounts of our time doing what is not important to us.

If writing is important to you, you should write. 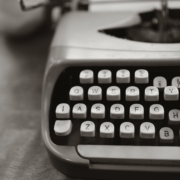