When I Met My Muse

I glanced at her and took my glasses
off — they were still singing. They buzzed
like a locust on the coffee table and then
ceased. Her voice belled forth, and the
sunlight bent. I felt the ceiling arch, and
knew that nails up there took a new grip
on whatever they touched. “I am your own
way of looking at things,” she said. “When
you allow me to live with you, every
glance at the world around you will be
a sort of salvation.” And I took her hand.

William Stafford
August is Postcard Poetry month. I hadn’t taken part in the last few years (August is always so busy!), but this year I decided to rejoin, and I’m so glad I did. The idea is to write a new, original poem, on the back of a postcard, and send it to someone on the address list. Each day, someone sends a postcard poem to you. The postcard images are the inspiration…but the received poems and postcards start to mix in, too.

I prepared by collecting short poems that I loved, by other poets, and thinking about what it was that that made me love them. I decided that it has to do with the way a short poem quickly captures an image, and then makes something more of it, something symbolic and surprising. In this poem (above) by William Stafford, you don’t expect the glasses to sing or buzz, but while you’re distracted by that, here comes a new voice, “belled forth,” and the awakening is so keenly drawn that even the nails in the ceiling insist on a role in it.

This awakening, it strikes me, is what all poetry is really about. Be awake. See the world with new eyes. Be saved by what you see.

The poem itself is a pair of glasses. And then there’s the legerdemain — the magic — of the seeing with/without them at the same instant. 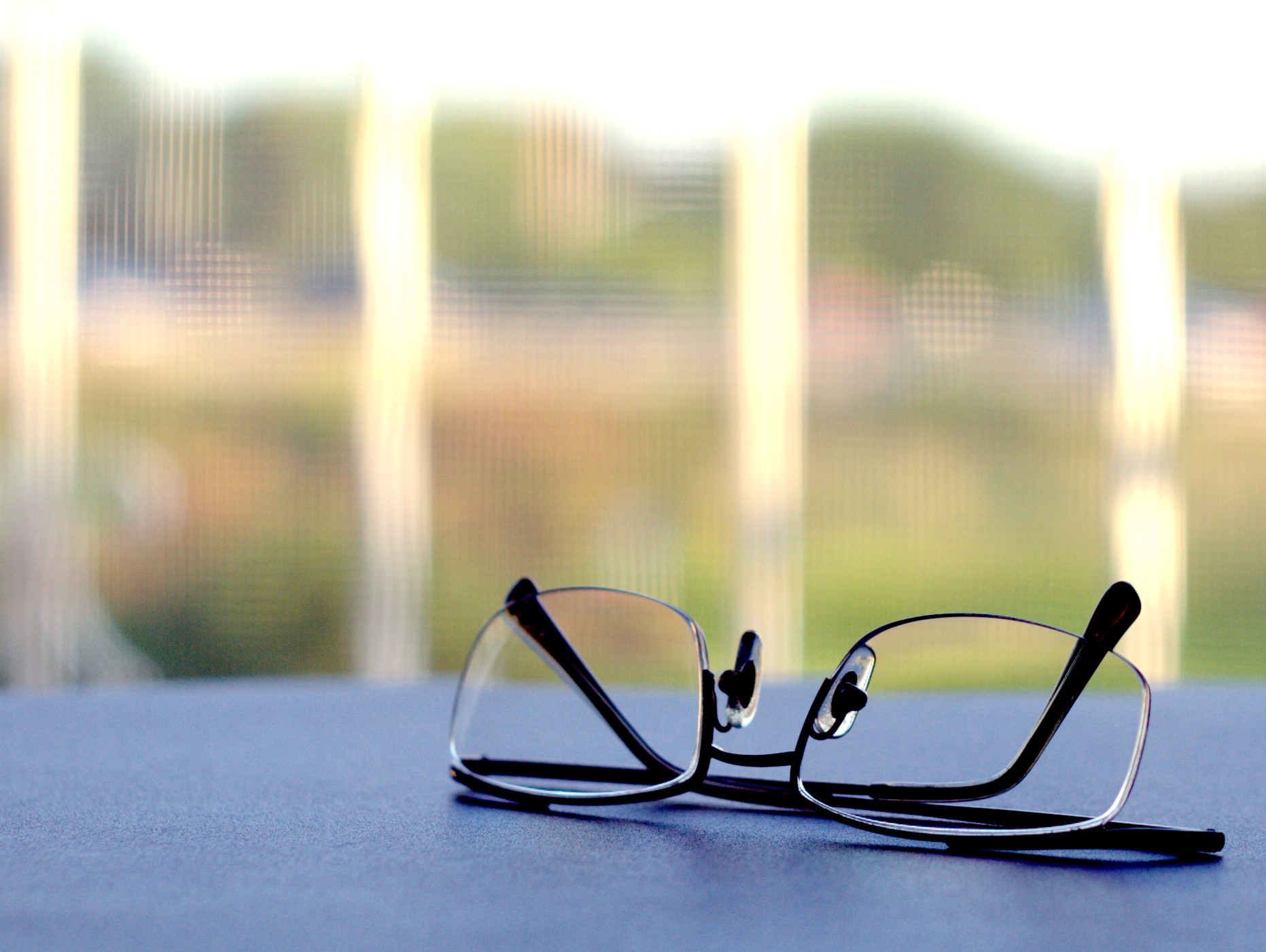 The Benefits of Paying Attention
0 replies

Poetry, Anyone? 1917 Postcard
Scroll to top